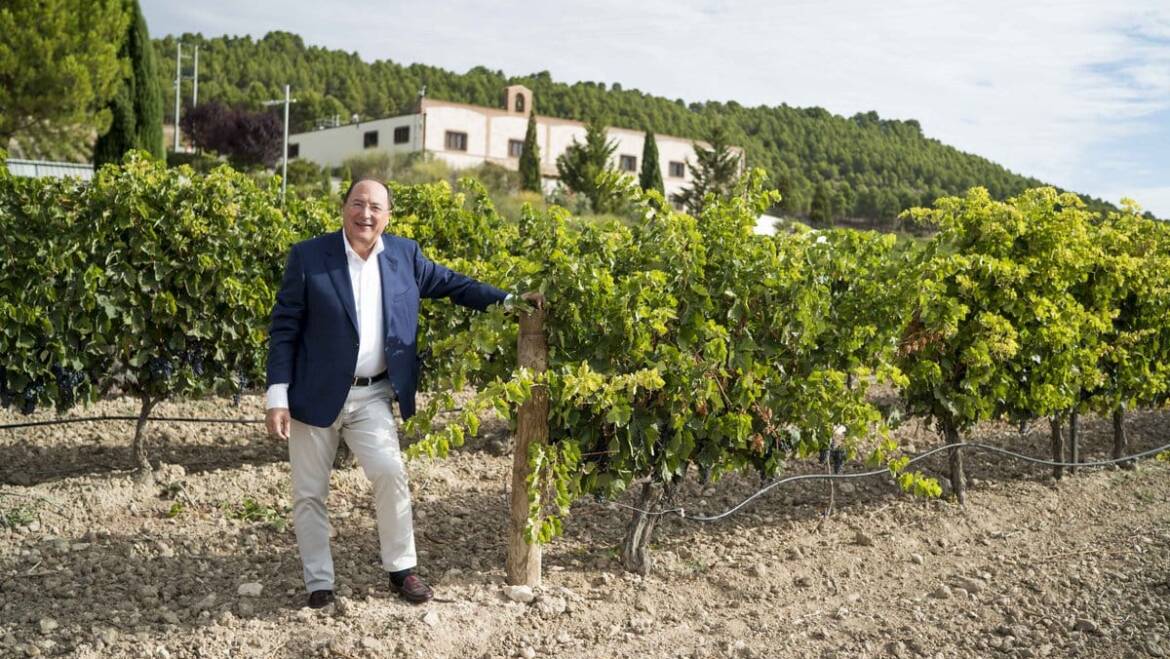 Bodega Matarromera can be summed up in three words: excellence, distinction, and elegance. Custodian of a privileged vineyard land in one of the most beautiful parts of Ribera del Duero, winemaker Carlos Moro and the team at Matarromera dedicate themselves to the creation of grand reserva, reserva and crianza reds, plus one white wine. These wines are the product of the dynamic between mother nature and the single-minded pursuit by the Matarromera family to preserve tradition and safeguard their legacy.

Carlos Moro is a winegrower and winery owner with a passion for wine, and love for the land and the vineyard. He spent his childhood among his family’s vineyards in Olivares and Valbuena de Duero, in the heart of the Ribera del Duero’s Golden Mile, a fertile soil for his distinct intuition for wine, his sense of duty and work well done, guided by an infinite love for the land. These vineyards laid the foundations of what Bodegas Familiares Matarromera is today. Carlos Moro’s family are firmly rooted in the wine growing traditions; it was his grandparents and parents who cultivated vines right at the heart of Ribera del Duero, and who suggested that he found Bodega Matarromera in this special place. Moro is today recognised as an award-winning agronomist, and protector and promoter of winegrowing in Spain, thanks to his vision, belief in the tradition, and his many years of dedication to quality, sustainable winemaking and wine tourism.

The name Matarromera is very old, meaning rosemary plant – for Carlos this signifies his connection to the land, and our universal relationship with, and love for, nature. Carlos Moro takes care of more than 160ha of vines, mostly Tempranillo, with some Cabernet Sauvignon, Merlot and Albillo. His philosophy is to maintain a flexible, dynamic way of working with the land, in order to adapt constantly to nature without losing the essence of what Matarromera is, at the same time as considering the future of the surrounding environment and the bodega.

Distributed in Singapore only.