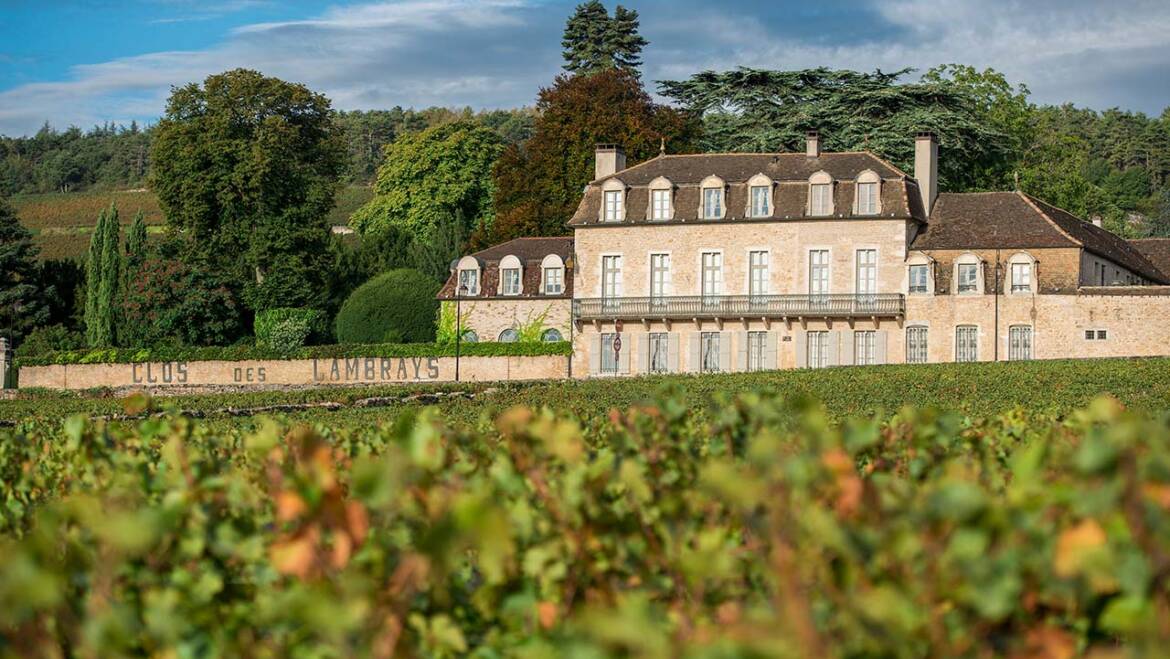 Located in Morey-Saint-Denis on the Route des Grands Crus, Clos des Lambrays is one of Burgundy’s oldest and most prestigious vineyards. There are references to the estate in the records of the Abbaye de Citeaux dating back to 1365. Divided among 74 owners during the French revolution, the vineyard – which covers 8.70 hectares (about 21.5 acres) in the heart of the Côte des Nuits – was not reunified until the late 19th century. In 1938, Renée Cosson inherited the Domaine du Clos des Lambrays and little was done for upkeep of the vineyard until 1979, when it was purchased by Roland de Chambure and the Saier brothers. Working with winemaker Thierry Brouin, they restored the estate and its wine to its former glory, and in 1981 Clos des Lambrays was awarded Grand Cru status. In 2014 the LVMH group acquired the property. The Domaine has consistently produced superb wines over the years, earning it the sobriquet “jewel of the Côte de Nuits”. This is the largest Grand Cru parcel in Burgundy under one proprietor. As well as the grand cru itself, the Domaine also owns vines in premier cru and village vineyards in Morey, and since 1993, two premier cru vineyards in Puligny Montrachet, les Folatières and Clos du Cailleret, purchased from Domaine Chartron. Domaine des Lambrays has undergone some major changes over the past few years. Thierry Brouin, who had been in charge for over 40 years, retired in 2017, while new régisseur Jacques Devauges (ex-Clos de Tart) took over at the beginning of 2019. He has wasted no time in energising the domaine, modernising the cellar and marking 2019 as the first fully chemical-free year in the vineyard. Jacques’s most significant change in the cellar has been to vinify the various distinct plots of the 8.66 hectares of Clos des Lambrays separately, allowing him to show the complex nuances and layers of this special vineyard.