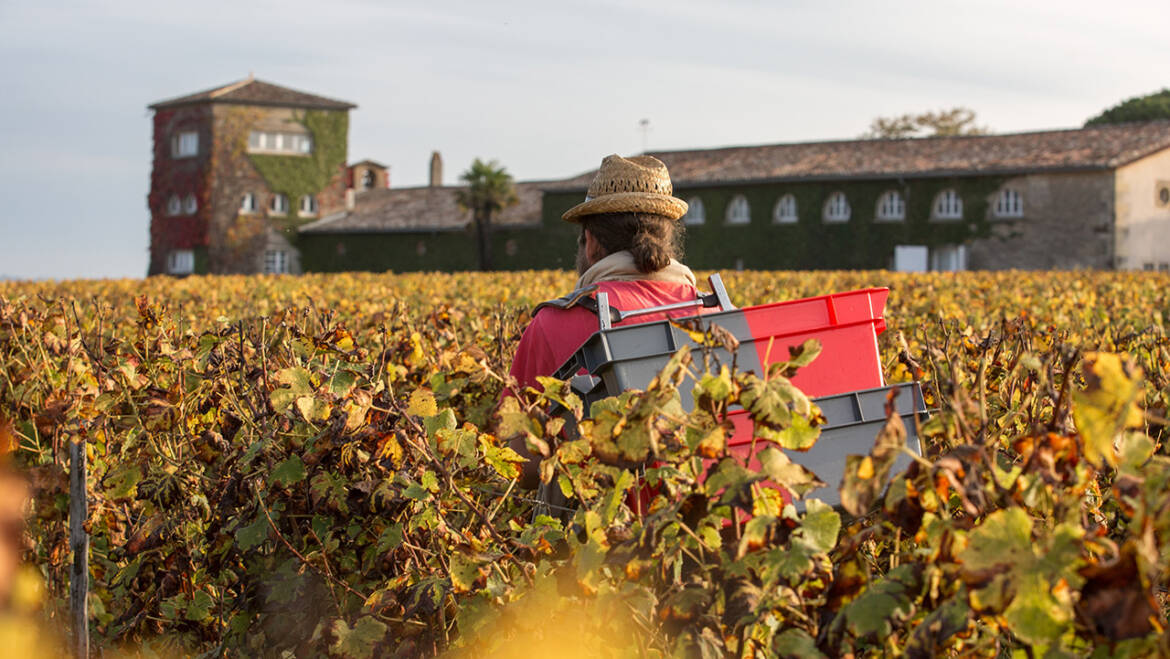 “The wines of Sauternes are so wonderful that we wanted to have our own, and Rieussec’s vineyard is outstanding”
Baron Eric de Rothschild

In the 18th century, the Rieussec estate belonged to the Carmelite monks in Langon – the church always knew which were the best vineyard lands! The confiscation of the estate during the French revolution led to its public sale around 1790 as a “object of national heritage”. At the 1855 classification, the quality of the Rieussec soil deservedly earned its ranking as a first growth Sauternes and Barsac.

After that date, Rieussec’s history involved many changes of owners, until its acquisition by Domaines Barons de Rothschild (Lafite) in 1984. The estate then consisted of 110 hectares, 68 hectares of which were vines. To enhance Château Rieussec’s potential, rigorous measures were implemented, including meticulous sorting of the grapes and fermenting in barrels, which provides a much finer selection for the blending of the Grand Vin.

Rieussec is one of the largest properties in Sauternes and Barsac; the vineyard extends to the border of Fargues and Sauternes, and adjoins Château d’Yquem, covering 93 hectares of gravelly sandy-clay soil. The iconic grape variety of Sauternes, Sémillon, dominates (90%), followed by Sauvignon (7%) and Muscadelle (3%). Traditional Sauternes techniques are used and the harvests are carried out with selective pickings depending on the ripeness of the grapes and evolution of botrytis cinerea (noble rot). They last for 6 to 8 weeks from September to November.

Production is low and firmly in the hands on Mother Nature. The traditional saying is that a single vine should produce a bottle of wine. Here, though, a single vine produces about a glass of wine! The vineyard is managed by ​Technical Director of Château L’Evangile, Château Rieussec, Château Paradis Casseuil and Long Dai, with the help of Jean de Roquefeuil, Vineyard Manager, and Serge Bertrand Roux, Cellar Master.

Wines are fermented in barrels. The yields are sorted and each parcel is identified and isolated in a batch of barrels, in order to judge whether or not it can be used in the Grand Vin after fermentation. Several tastings from each barrel are then performed in order to ensure a rigorous selection for the Grand Vin.

The cellars are located in the heart of the Château Rieussec vineyard at Fargues. Each vintage ages in oak barrels produced mostly at DBR’s cooperage. Half of them are renewed every year. The length of ageing in barrels varies from 16 to 26 months, during which the wines are periodically racked. The wines are bottled at the Château.

Production at Château Rieussec and Carmes de Rieussec varies a great deal depending on the vintage, but on average it is 12,000 cases per year. Rieussec also produces small quantities of a dry white wine, “R” de Rieussec.