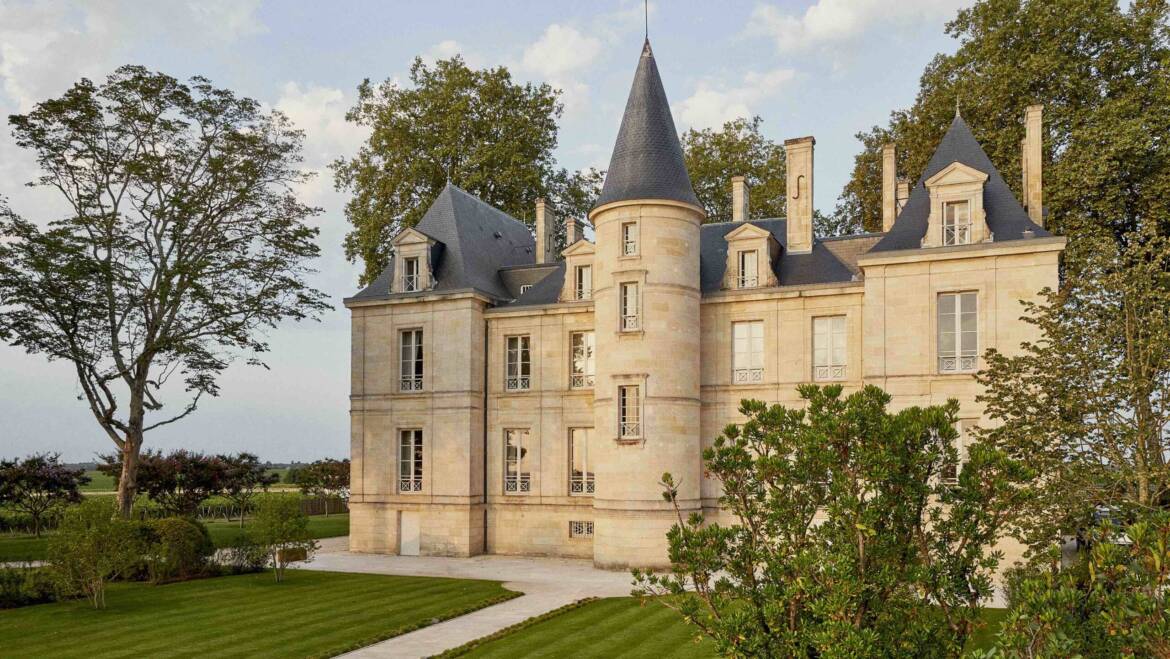 On the eve of his death in 1850 at 90, having taken on the property at just 19 years of age, Baron Joseph de Pichon Longueville divided Château Pichon Comtesse De Lalande between his five children. Wanting to be fair to everyone, his two sons received two-fifths of the vineyard and the cellars, his three daughters, took the other three-fifths. During the 18th century, Pichon Lalande was managed by three women, before the estate was officially broken up. From then on, the Pichon Longueville properties had two separate identities and ended up making two very different styles of Bordeaux wine from Pauillac. That is still the case today at the Left Bank estates.

May-Eliane de Lencquesaing, the daughter of Edouard Miailhe became the new owner and general manager of Chateau Pichon Comtesse de Lalande in 1978. Before selling the estate to the owners of Roederer Champagne in 2007, she made numerous investments and improvements at Pichon Lalande, including purchasing vineyards which doubled the property in size from around 40ha to around 80ha under vine; these additions to the vineyards have been responsible for directly improving the quality of the wines at Pichon Lalande. Unusually for Bordeaux, the vineyards of Pichon Lalande are found in 6 large blocks that are almost contiguous.

The terroir of Chateau Pichon Lalande is deep gravel with clay and limestone soil. The heart of the Pichon Lalande vineyard is a solid 65-hectare parcel of vines situated southwest of Pichon Baron and close to the chateau with the best parcels of vines surrounding the chateau overlooking the river. On average, the vines are 40 years of age; the property benefits from some vines which are now close to 90 years of age having been planted in the early 1930s.