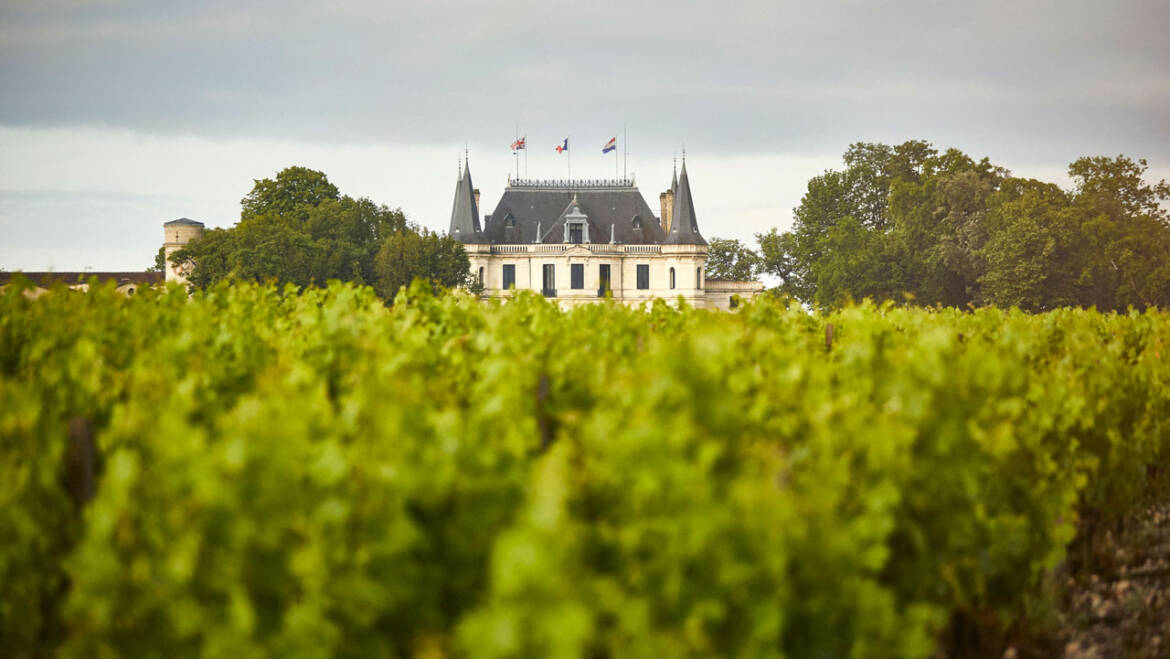 Château Palmer’s inimitable wines — combining power and complexity with extraordinary elegance and beguiling velvet texture — are testaments to all that sets this estate apart among Bordeaux’s famed classified growths. Palmer is classified as a 3ème Cru Classé yet its track record of quality places it higher than the second growth Margaux châteaux. It is now one of the most highly reputed estates in Bordeaux, thanks to its eminently complex wines, combining aromatic richness and extraordinary elegance with a beguiling velvet texture and remarkable ageing potential. A veritable mosaic of soils across the property’s 66 hectares, a unique vineyard planting of equal parts Merlot and Cabernet Sauvignon subtly enriched with Petit Verdot, and innovative farming techniques that respect nature’s exquisite equilibrium, make these wines transcendent expressions of the Margaux appellation.

Emerging in the 17th century, the estate only became Château Palmer in 1814, when it was acquired by Charles Palmer, a dashing British Major General who instilled his namesake with enough éclat and glamour to see it become renowned throughout London’s aristocratic circles. In 1853, the Pereire brothers, among the preeminent financiers of Napoleon III’s France, brought the rigour and vision needed for Château Palmer to be ranked among the most prestigious classified growths of the 1855 classification. In 1938, a consortium of four leading families in the Bordeaux wine trade acquired the estate, heralding an era of momentous vintages and deep-rooted stability – indeed, Palmer is still owned by the descendants of two of these families. In 2004, the shareholders placed Thomas Duroux, a thirty-four-year-old agronomist and oenologist, at the head of Château Palmer. In 2007, Sabrina Pernet was named the château’s technical director. The estate has been certified chemical-free and biodynamic agriculture (Demeter certification) since the 2018 vintage.

Château Palmer and Alter Ego – its “other self”, born with the 1998 vintage – are two distinct expressions of a single terroir. One is a classical work, whose import is revealed by time; the other is a contemporary work in constant evolution, easily enjoyed in its youth. While Palmer is equal measures of Merlot and Cabernet Sauvignon, subtly enriched with Petit Verdot, Alter Ego has Merlot often predominant in the blend.