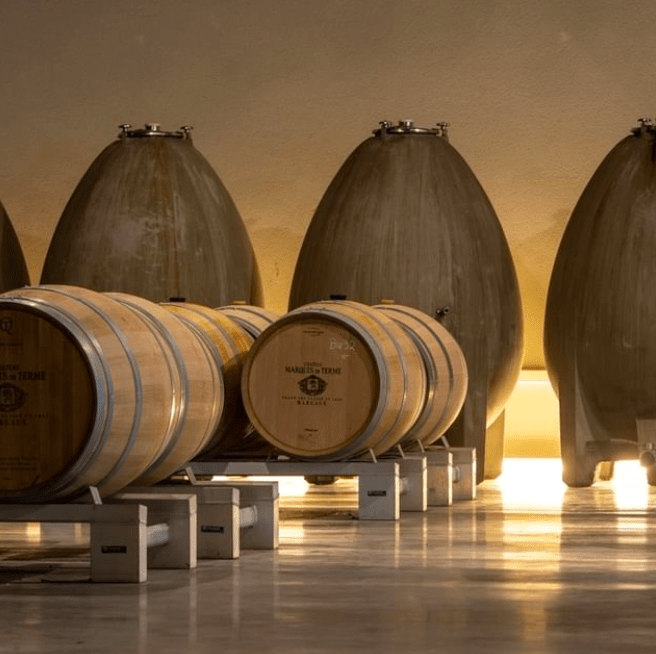 The long history of Marquis de Terme begins in 1762, with the estate passing as a dowry to one François de Peguilhan Marquis de Terme, whose name it still bears, nearly 400 years later. Over those years, the estate has passed through several hands, notably those of the Feuillerat family who took care of it over three generations, during which time Thomas Jefferson, during his time as ambassador to France, classifies Marquis de Terme amongst the best wines he has ever tasted. This was ratified in 1855 with the estate gaining “official” Grand Cru Classé status. In 1935 the Sénéclauze family took over, in whose custodianship the property still remains, with oenologist Ludovic David at the helm.

Château Marquis de Terme comprises 40 hectares of gravelly soil located in the heart of the village of Margaux, planted with Cabernet Sauvignon, Cabernet Franc, Merlot, Petit Verdot. On average, the vines are around 30-40 years of age. The best parcels of vines are located close to the chateau, not far from Rauzan Segla; there are parcels in the Cantenac commune and vines planted next to Chateau d’Issan.

Starting with the 2013 vintage, Chateau Marquis de Terme began experimenting with low intervention, sustainable farming on a small parcel of vines. They are now farming their vineyards using only, 100% chemical-free vineyard management techniques, and were certified chemical-free in 2017. The wine of Chateau Marquis de Terme is aged in a combination of 33% to 50% new, French oak barrels and a small amount of 600-liter, Nomblot, concrete, egg-shaped vats for an average of 18 months. In 2020, in a bid to join the growing oenotourism movement, the estate opened a restaurant on the property called Marquis.