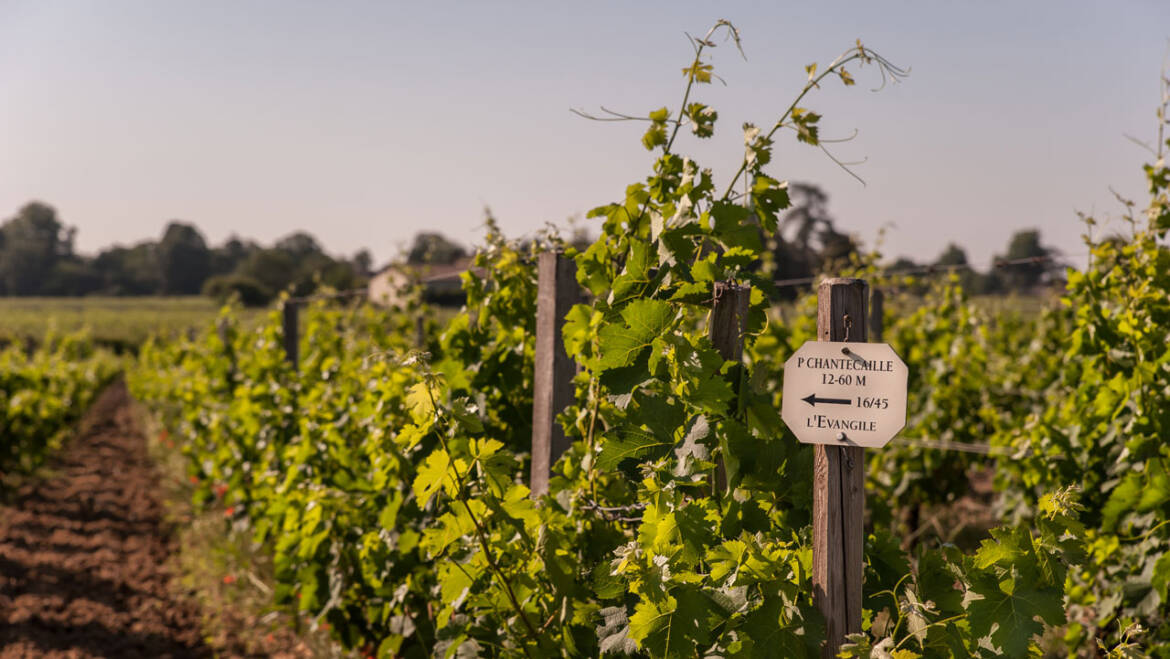 Château L’Evangile can proudly say it is one of Pomerol’s first vineyards. The Léglise family from Libourne founded the property that was to become Château L’Évangile. They were actively involved, around the middle of the 18th century, in the creation of Pomerol’s vineyards. L’Évangile appeared in the 1741 land registry under the name of Fazilleau.

At the turn of the 19th century, the estate was already close to its current configuration, stretching over some 13 hectares, when it was sold to a lawyer named Isambert. He renamed the estate “L’Évangile”. In 1862, L’Évangile was purchased by Paul Chaperon, whose descendants, the Ducasse family, remained the property’s owners until 1990. Paul Chaperon continued to build the estate’s reputation and constructed L’Évangile’s residence in the style of the Second Empire. In the second edition of Cocks Féret in 1868, L’Évangile is listed as a “Premier Cru du Haut-Pomerol”.

Upon the death of Paul Chaperon in 1900, his descendants ran the estate until 1957, when Louis Ducasse took over the property, which was by then in decline and had been damaged by the frost in 1956. He managed to replant the vineyard and eventually restored L’Évangile to its former glory. In 1982, his widow, Simone Ducasse, continued the family’s role in running the estate.

In 1990, Domaines Barons de Rothschild (Lafite) acquired L’Évangile from the Ducasse family; their initial influence included a more refined selection of the Grand Vin, and the creation of Blason de L’Évangile as a second wine. Efforts were also undertaken to improve the vineyard with a restoration and partial renewal plan that was launched in 1998. The complete renovation of the vat room and the cellar, which was finished in 2004, completed the property’s new configuration.

Through a mystery of geology, the southeast Pomerol plateau features a long line of surface gravel. Three vineyards, including L’Évangile, share this rare soil. The property occupies a very strategic position. It is bordered to the north by Château Pétrus, and is separated from Cheval Blanc in Saint-Emilion to the south by nothing more than a secondary road. The vineyard covers 22 hectares, made up of sandy clay soil with pure gravel, on a subsoil containing iron residues. The grape varieties consist of Merlot (80%) which contributes to the wine’s fruity flavour and body, and its unmistakable suppleness; and “Bouchet”, the local name for Cabernet Franc (20%), which brings finesse and structure. Traditional techniques are used. Production is limited and the harvests are carried out by hand, as are numerous other tasks in the vineyard throughout the year.

The vat room and cellars were rebuilt in 2004 to make them better suited to plot selection. The grapes from each plot are separated into batches in order to judge their potential for use in the Grand Vin at the end of fermentation. Traditional and modern winemaking methods are closely associated in all of the winery’s operations. Fermentation in vats is carried out using the traditional method of pumping over and controlled maceration, with frequent tasting. Once fermentation is completed, the wine is matured in oak barrels for 18 months. Rigorous selection is carried out in producing Château L’Évangile and the second wine, Blason de L’Évangile. The average production of Château L’Évangile and its second wine Blason de L’Évangile is 5,000 cases.