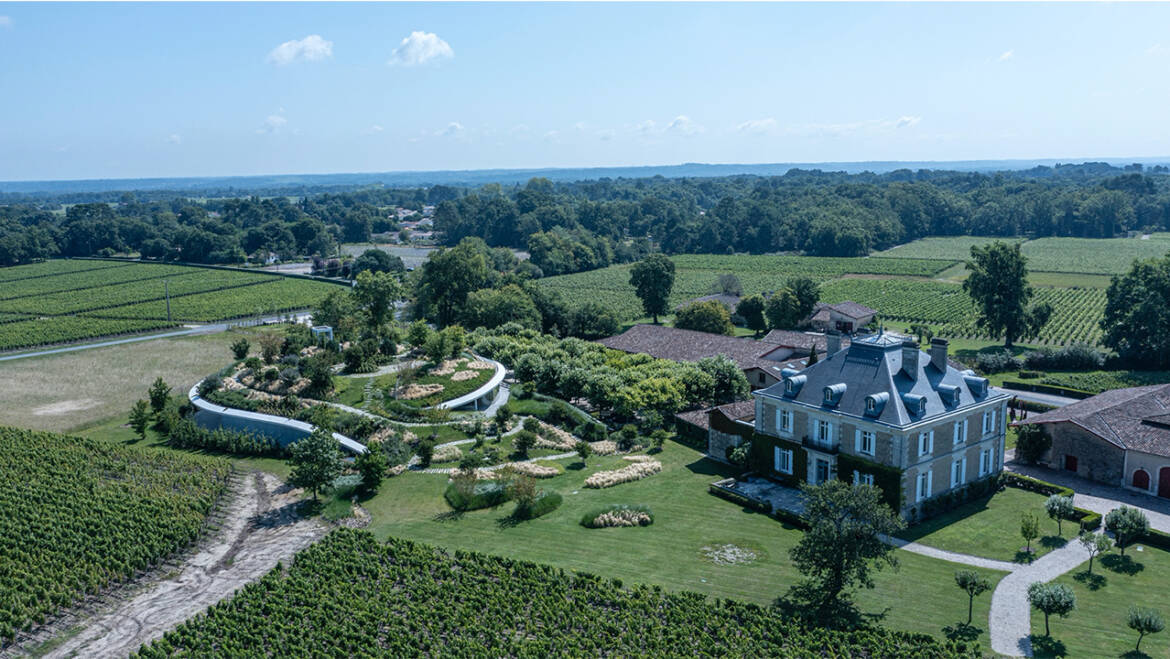 Ancient archives prove that from as early as 1461 Château Haut-Bailly’s lands were already recognised as excellent for the cultivation of vines. Centuries of commitment and unwavering conviction have established Haut-Bailly as a visionary estate, but one which also possesses a wealth of memories. It was in 1630 when it was purchased by Firmin Le Bailly and Nicolas de Leuvarde, wealthy Parisian bankers and lovers of Graves wines. Following substantial investments, the property continued to be passed down the Bailly family line until 1736, when Irishman Thomas Barton took the helm. His strong business network allowed him to spread word about the quality of Château Haut-Bailly at a time when French ‘claret’ was beginning its rise to stardom in England and Ireland. Throughout the 18th century powerful, well-connected and ambitious owners drove Haut-Bailly to new heights, including Christophe Lafaurie de Monbadon and his son Laurent who went on to become Mayor of Bordeaux in 1805. Haut-Bailly experienced a remarkable golden age for the next century, commanding the same prices as the First Growths: Lafite, Latour, Margaux and Haut-Brion. And even during periods of instability the quality of the wines was not called into questions. This lead naturally to the classification of the property as a ‘Cru Classé de Graves’ in 1953. The purchase of Haut-Bailly in 1955 by Daniel Sanders, a Belgian negociant, opened up a new era. Daniel and his son, Jean, recomposed the vineyard, renovated the winery and took pains to select only grapes from the best vines for their grand vin. They succeeded in giving the wines a unique style and reputation, and Haut-Bailly recovered its image as a great wine on the international marketplace. In July 1998 Château Haut-Bailly was purchased by American Robert G. Wilmers, chairman and CEO of the M&T Bank based in Buffalo, New York. A lifelong lover of Bordeaux Grands Crus, Bob was behind every strategic decision, ensuring that Haut-Bailly followed a path of progression and continuity whilst remaining ever-respectful of its heritage. After Mr. Wilmers purchased the property, he first asked Jean Sanders to stay on board, and then Véronique Sanders, fourth generation, to serve as general manager, overseeing a far-reaching investment programme to modernise the vineyards, cellars, offices, and château itself. Following the sad passing of Bob in December 2017, his family has taken over and will continue in his footsteps. Together with the management team, they are committed to continuing Bob’s work in the same spirit and energy as in the past twenty years. The many recently initiated and future projects will be pursued.

Château Haut-Bailly’s 30-hectare (74-acre) vineyard lies at the heart of the Pessac-Léognan appellation, on the left bank of the Garonne river. The mosaic-like vineyard is composed of 60% Cabernet Sauvignon, 34% Merlot, 3% Petit Verdot and 3% Cabernet Franc. Certain plots lie a full 20 metres higher than others, demonstrating the topological diversity for which Haut-Bailly is famous, and which allows for consistently superb quality. The variety of soils and the balance between higher and lower plots, which put greater or lesser hydric stress upon the vines, gives Haut-Bailly a unique ability to adapt and perform in both wetter and drier vintages.Haut-Bailly has successfully maintained 4 hectares (10 acres) of century-old vines, planted by Alcide Bellot des Minières, owner of Château Haut-Bailly at the end of the 19th century. This single plot is unusually interwoven with 6 varieties of vine: 1/12 Carmenère, 1/12 Merlot, 1/12 Cabernet Franc, 1/12 Malbec, 1/12 Petit Verdot and 7/12 Cabernet Sauvignon.

Confidence and respect for the quality of Haut-Bailly’s fruit demands gentleness and minimal intervention in the winery to nurture wines of purity, charm and precision. Emphasis is placed on manual intervention in the vineyard, carried out by people who are exceptionally invested in their craft; sorting begins in the vines. Each subplot is harvested ‘à la carte’ to ensure that early-ripening Merlot and late-ripening Cabernet are picked in their most perfect state. Plot-by-plot vinification enables superior accuracy in winemaking and blending, making it possible to achieve the fullest expression of every micro-parcel of the vineyard. Thirty concrete vats allow the evolution of each plot to be closely surveyed. Ageing lasts for 16 to 18 months, and takes place in French oak barrels selected from 6 different cooperages.