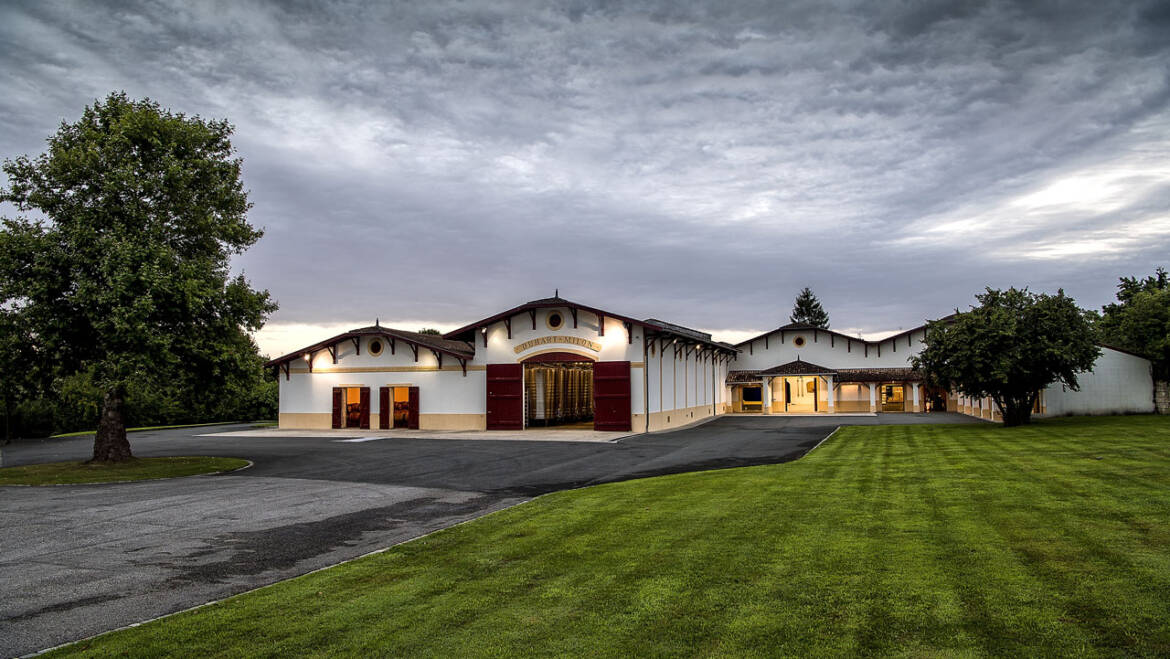 ‘It would have been nonsense not to acquire such a great neighbouring vineyard.’
Baron Eric de Rothschild

The link between Duhart-Milon and Lafite stretches all the way back to the early 18th century, when the Pauillac district began widespread grape cultivation at the urging of the owners of Lafite. The Milon wines served as additional income for Lafite’s owner, and became Château Lafite’s second wine. So early on, the soil was acknowledged as being of particularly high quality. Lafite’s owner at that time was the Marquis Nicolas-Alexandre de Ségur, whom Louis XV referred to as “The Wine Prince.”

In 1815, the broker Guillaume Lawton was already talking about Mandavy-Milon from the Milon hills as a fourth growth Pauillac wine in the making. Between 1830 and 1840, the Castéja family was left an inheritance by both Mandavy and the Duhart widow (14 hectares). The family thus possessed a 40-hectare vineyard that was named Duhart-Milon. The oral tradition is that “Sieur Duhart” was the name of a privateer under Louis XV who settled in Pauillac on his retirement. The privateer’s house in the port of Pauillac existed up to the 1950’s, and inspired the label for the Duhart-Milon wines.

The 1855 classification recognized the quality of Duhart-Milon’s terroir by ranking it as the only 4th growth wine in Pauillac. The Castéja family remained in possession of the estate during the second half of the 19th century and the first part of the 20th century. Château Duhart-Milon was then one of largest Pauillac estates with around 50 hectares.

In 1937, the result of successive inheritances led to the sale of the estate. The property went through five different owners in just 25 years, and the splitting up of the vineyards caused a speedy decline, which was only made worse by the severe frost of 1956. The quality of the Château’s wines declined considerably until the Rothschild family purchased the property in 1962, and the renaissance of this fine property began. Duhart-Milon then consisted of 110 hectares, of which only 17 hectares were vines. Major construction projects were then undertaken in the vineyard: draining, uprooting and replanting, the purchase of adjacent plots, and reintegrating the vineyard by trading plots. New cellar and vat rooms were installed in Pauillac. From 1973 to 2001 the vineyard increased from 42 ha to 71 ha.

Today, the new vines are all mature, and the renovation of the cellar adds a finishing touch to a remarkable 40-year effort that has restored Château Duhart-Milon to its Médoc 4th growth rank. The promise of the 1990, 1995, 1996 and 2000 vintages has already been confirmed and the renewed quality is expressed in the consistency of the vintages at the highest level. This can be seen in the remarkable potential of all the vintages since 2003. If the best vintages had to be named, then 2005, 2006, 2009 and 2010 were remarkable successes that have received critical acclaim.

Château Duhart-Milon’s vineyard has both geographical and technical proximity with Château Lafite Rothschild, consisting mainly of a single block of vines on the west side of Château Lafite Rothschild, on the Milon hillside, which runs along the Carruades plateau. The property has 76 hectares of Cabernet Sauvignon (67%) and Merlot (33%) vines with an average age of 30 years. The soil is fine gravel mixed with aeolian sand on tertiary limestone subsoil.

The property has been managed since 1962 by a single team that, due to the proximity of the two properties, oversees both Château Lafite Rothschild and Château Duhart-Milon. Eric Kohler, Technical Director of the Château Lafite Rothschild and Château Duhart-Milon, is assisted by Oenologist and Winemaker Christophe Congé, and Vineyard Manager Louis Caillard.

Both Châteaux use the same traditional techniques based on strict control of yields, harvesting by hand, and numerous manual tasks throughout the year. Each vineyard plot is isolated initially in order to judge its quality. Several tastings from each vat are then performed in December, to ensure a strict selection for the Grand Vin. The cellar is separate from the vineyard and located in the heart of Pauillac. Each vintage is aged in oak barrels. The barrels are all made at the Domaine’s cooperage. The length of time the wine spends in barrels varies, depending on the vintage, between 10 to 18 months, during which the wines are periodically racked and fined with egg whites. The average annual production of Château Duhart-Milon and Moulin de Duhart is about 30,000 cases.