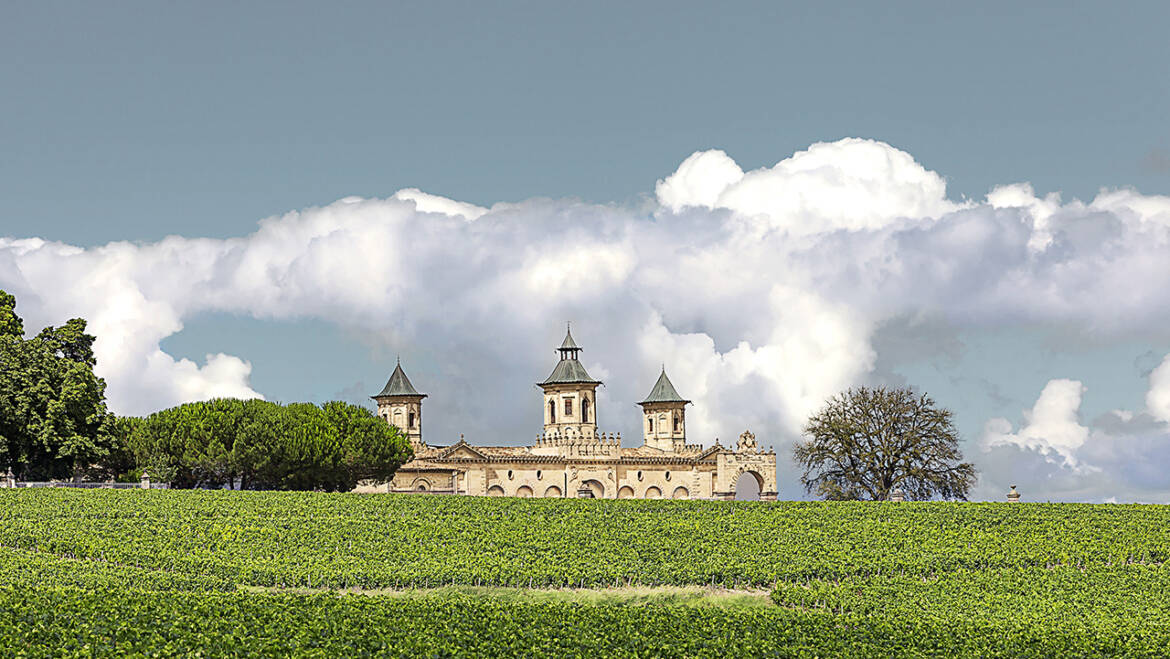 Cos d’Estournel lies at the entrance to Saint-Estèphe, a village in the northern reaches of the Médoc region, in the heart of an undulating landscape. The estate’s rolling contours served as inspiration for its name; ”cos” is derived from the word for “hill of pebbles” in the old Gascon dialect. Today the vineyard occupies 100 hectares. Cabernet Sauvignon accounts for two-thirds of this precious mosaic of numerous plots, with a lesser proportion of the land dedicated to Merlot and a small proportion to Cabernet Franc and Petit Verdot.

A plateau of deep gravel comprises the core of the site. Gravelly and clayey, the two hills that slope downward from this point benefit respectively from eastern and south-southwestern exposures. These geologic features are completed by a clay vein running diagonally through the vineyard. A perfect mastery of the geology of the estate’s terroirs and each individual plot allows its teams to select the most appropriate varieties for the different soils. Merlot is found to the east, on clay-limestone soils, while Cabernet Sauvignon is grown on the highest parts of the plateau, where drainage is ideal. A near miracle in geographic and geologic terms, Cos d’Estournel benefits from an unparalleled combination of soils and exposures.

Nestled among the vine plants of the estate—45 years old on average—are certain very precious specimens, guardians of the vineyard’s heritage. Some of the oldest vine plants date back to the early 20th century. Their grapes bring depth and structure to the wines of Cos d’Estournel, a testament to the incomparable complexity of the vineyard’s soil. The grapes from these mature plants are blended with the fruit of their younger counterparts to produce the Grand Vin of Cos d’Estournel. The average age of vine plants whose grapes are used in the estate’s first wine is 55 years old.Keeping the oldest vine plants alive is crucial to perpetuating Cos d’Estournel’s rich heritage, despite their low yield and the special care they require. They also ensure the continuity of the vineyard through massal selection. Grapes are examined and tasted to identify the plants that most closely represent the singular qualities of the estate’s terroir. Their shoots are then used to grow young vines, so that the defining characteristics of Cos d’Estournel may be passed down from one generation to the next.

The creation of a vat room entirely based on gravity means precious grapes and their juices can be manipulated with utmost care and respect, ultimately allowing the complexity of the estate’s terroir to reach its fullest form of expression. Today Cos d’Estournel is more than two centuries old. To protect and preserve its legacy for future generations, it demands careful pursuit of a long-term vision in line with environmental concerns.