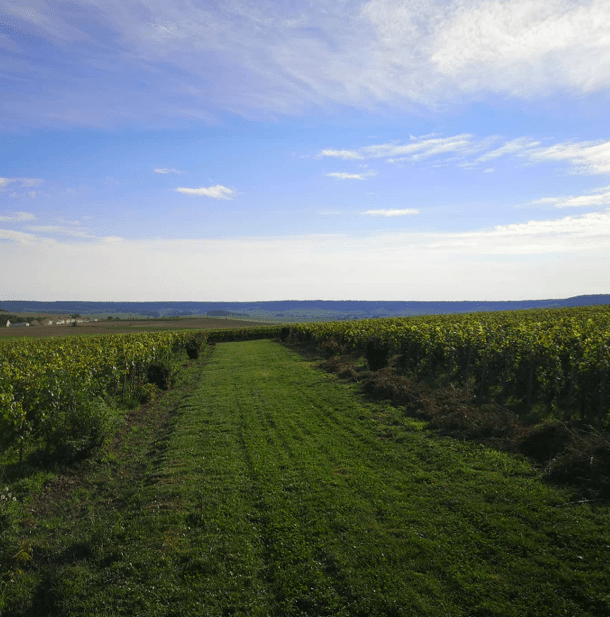 For a long time, despite its premier cru status, the village of Villers-Aux-Noeuds, just to the south-west of Reims, languished in relative obscurity. Now, thanks to the hard work of grower-producers including Fréd Savart and Emmanuel Brochet, the world is waking up to the potential of its terroir.

Emmanuel began working a portion of his family’s holdings in 1997, bottling his first wine in 2002. There are a mere 25ha in the village, of which Emmanuel’s vineyard is 2.5ha. He has a single parcel of vines on a gentle southeast facing slope in the lieu-dit of Le Mont Benoit, which lies on Cretaceous chalk under about 25cm of ‘argilo-calcaire’ topsoil. The parcel is planted with all three major varieties and the oldest vines date from 1962, although about half the parcel was replanted in 1986, following the devastating frosts of the year before.

In 2008 Emmanuel began the process of chemical-free conversion, out of respect for his terroir and the pleasure of the work, rather than a strict philosophy. Indeed he believes the conversion has improved the quality of his wines, bringing more minerality and perfume, greater length on the palate, and a richer, more complex expression. Yields are restricted but Emmanuel believes that if too low it creates an unbalanced wine, one that lacks freshness. The grapes are always picked at over ten degrees of natural potential alcohol, and the musts are never chaptalized, as he doesn’t like the way it changes the aromas of the wine. In 2006 he acquired a 2000-kilogram vertical press, half the size of a standard traditional press, which allows him to separate as many different lots as possible according to variety, vine age and location within the vineyard. Only a portion of the cuvée is kept, with the taille either being sold to the négoce or used to make ratafia, and special attention is paid to the coeur de cuvée (heart of the first pressing), which Emmanuel says produces a more harmonious wine.