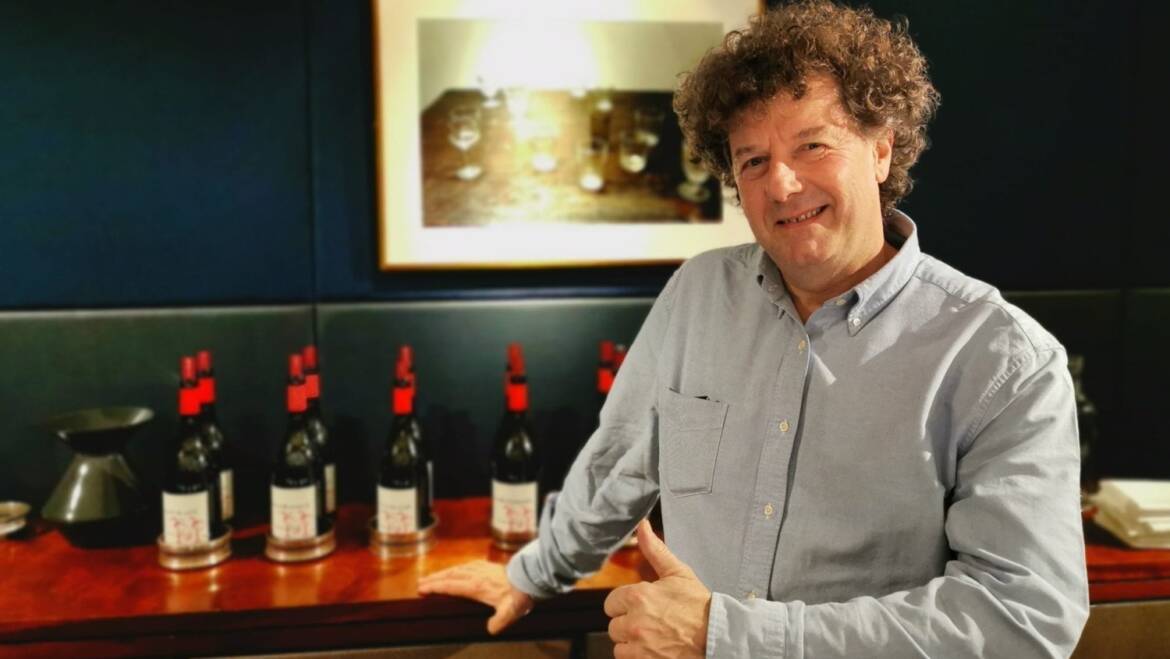 As the UK Importer for Philippe Pacalet, Wine Source has a direct line of rare access to the cellar reserves of the family. Philippe has selected these cuvée’s for their ageing potential and appeal to broaden cellars adorned already with his Burgundian jewels.

Philippe Pacalet’s interest in Syrah stems back to the 1980’s when he visited the Rhône Valley while engaged in civil service, discovering the wines and befriending several winemakers. Grapes are sourced from an acre of 25-year-old bush vines in the granite hills of the Massif Central, of which the parcel is located in Saint Pierre. The granite soil is eroded on the surface in the form of sand and the grapes receive south-southeast exposure on the higher part of the slope.

Philippe Pacalet is a tremendously gifted winemaker, one of the most thrilling producers today. He produces hedonistic and expressive wines of extraordinary energy, sweet, charming fruit, and vivid purity and freshness. Since transitioning in 2001 from winemaker at Domaine Prieuré-Roch, Pacalet has built his Maison steeped with a reputation as the undisputed leading figure of the natural wine movement in Burgundy and Northern Rhône. His wines continue to gain in global status; in 2017 La Revue du Vin de France awarded him the prestigious Negociant of the Year prize.

In Stock & Ready
for pre-Christmas delivery

A Burgundian and family tradition, Burgundy Marcs were originally intended for private consumption. The distillation was carried out by the distillers who obtained their privilege from Napoleon. This privilege allowed all owners of vines or orchards to distill their own production.

It was by tasting the Marcs de Beaujolais produced by his grandmother, Madame Lapierre, that Philippe Pacalet decided to reinstate this tradition within his winery. Since the 2015 harvest, the equivalent of one cask has been distilled each year, from grape stems from Premier and Grand Cru parcels of Côte de Beaune and Côte de Nuits.

The distillation of Pinot noir stems after whole bunch winemaking is carried out in an artisanal way, using a copper still. Maturation is carried out in a single oak barrel previously used for maturing white wines and takes between 4 and 5 years.

Marc de Bourgogne by Philippe Pacalet presents a dazzling amber color. The nose is complex, carried by fruity notes close to yellow fruits and underlined by floral scents reminiscent of bergamot, rosebud or anise. The palate opens with roundness, then evolves into more tension and nervousness, offering a concentrated taste that is rich in aromas.

Tasting Note
JULIA HARDING MW
JANCISROBINSON.COM
–
2018 CORNAS, PHILIPPE PACALET
“Deep, dark crimson. Intense and complex aromas of black fruit, smoky bacon and even a bit minty/medicinal. Highly distinctive. Dark, savoury on the palate with that same minty flavour as well as the richness of black fruit and some herbal notes. Delicious in quite an extreme yet pure style. Firm, chewy but ripe tannins. Fresh too, even though it is a big wine.”

The Philosophy
PHILIPPE PACALET
BY WINE SOURCE
–
Philippe Pacalet’s philosophy towards growing and making wine could be the very definition of sustainability. He states, “My philosophy is to make good wine of course! To make terroir wine. To make vibrant wines which provide emotion to people but are also sustainable for ecology and business, for me and for the people working with me”

His take on terroir is similarly holistic. He believes terroir is a living entity which is an expression of something unique and singular. Therefore, according to Philippe, there is no such thing as “terroir” everywhere. For him, terroir is a unification of soil, climate, and the reflection of the people making the wine. It is the extraction of information by the plant, communicated by the vinification process via the hands that make the wine. “The winemaker documents the extraction of information by the plant, like a photographer”, he says, “Like this, nothing is fixed. Things move; terroir lives.”

Because Philippe needs his vines to be tended according to his very exacting principles, he has to spend a lot of time building relationships with the people whose vineyards he works, so that they will accept him working or managing the vines himself.

His main principles are: organic cultivation of soils, manual harvesting, 100% whole bunch fermentation, fermentation with indigenous yeast only, no addition of sulphur at vinification, and élevage on lees and without stirring.

Despite this, he believes that “a bit of science is not a necessarily bad thing.” This is why he adds a tiny amount of sulphur just before bottling, to fix the wine, to capture it, to give it a framework and direction. Although natural wine purists may balk at this, for Philippe, “making wine should not be about following an ideology but the laws of nature”.

Moreover, he prefers to stay within the appellations and “fight with his convictions”; after his 2010 Gevrey-Chambertin was rejected for being too light in colour, a fellow winemaker fought for the authenticity of his wine, which was eventually allowed. Philippe is happy to say he has noticed some improvements in the appellation system over the years – “minds are opening…”, he reports.

Nor does he seek organic or biodynamic certification – because he wishes to remain free; for him, the best certification he could wish for is when a consumer buys a second bottle.

For the future, Pacalet would like his Maison to remain “human sized”. He would also like to replant with more ancient and varied genetic vine material as he thinks the lack of diversity is why we are experiencing so many vine maladies these days. He says there is still much research to do here.