Providing a service styled for every patron

We specialise in providing fine and rare wines from our exclusive producers, extensive stocks, and bespoke sourcing service. Integral to this is our dedicated sales team, made up of award-winning former sommeliers. 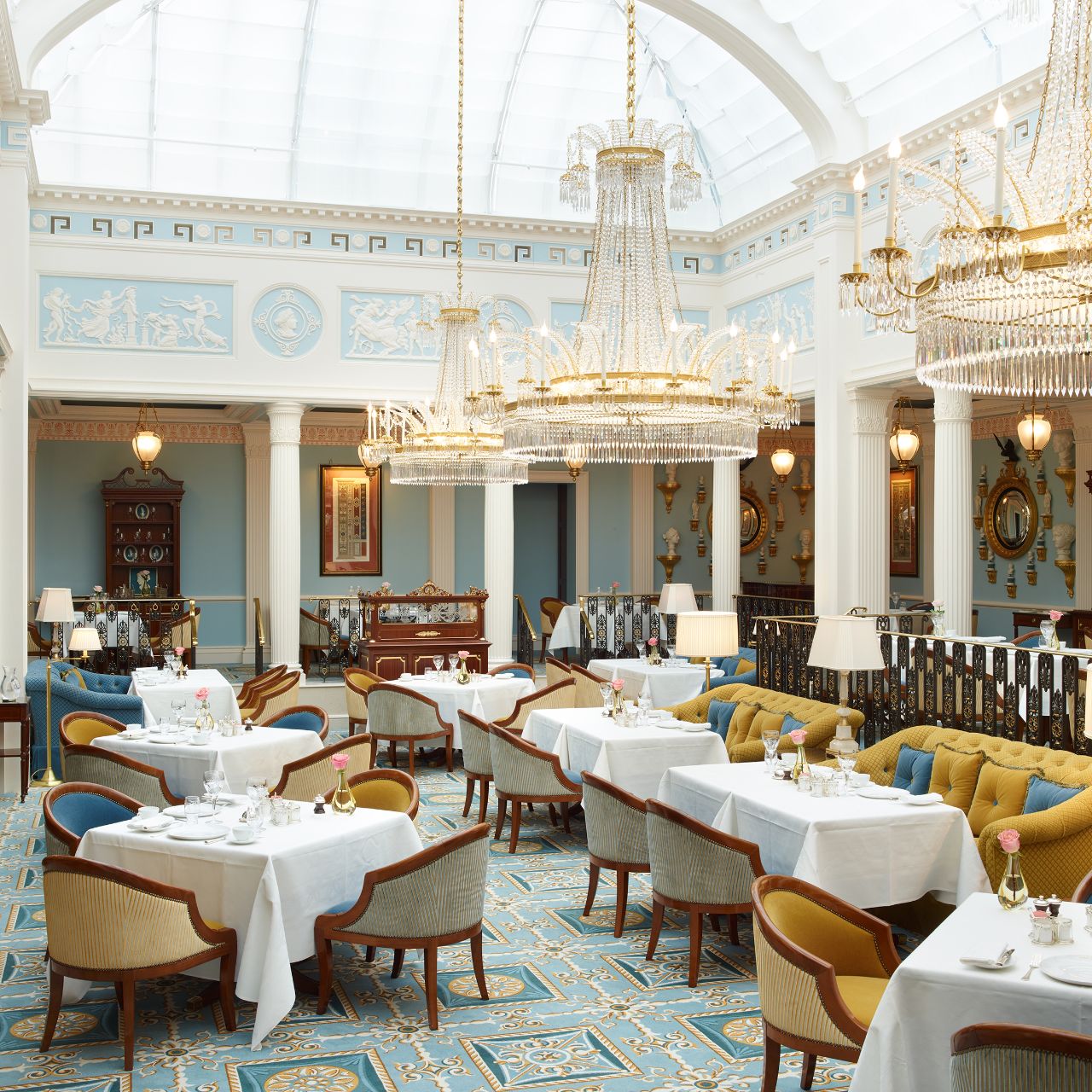 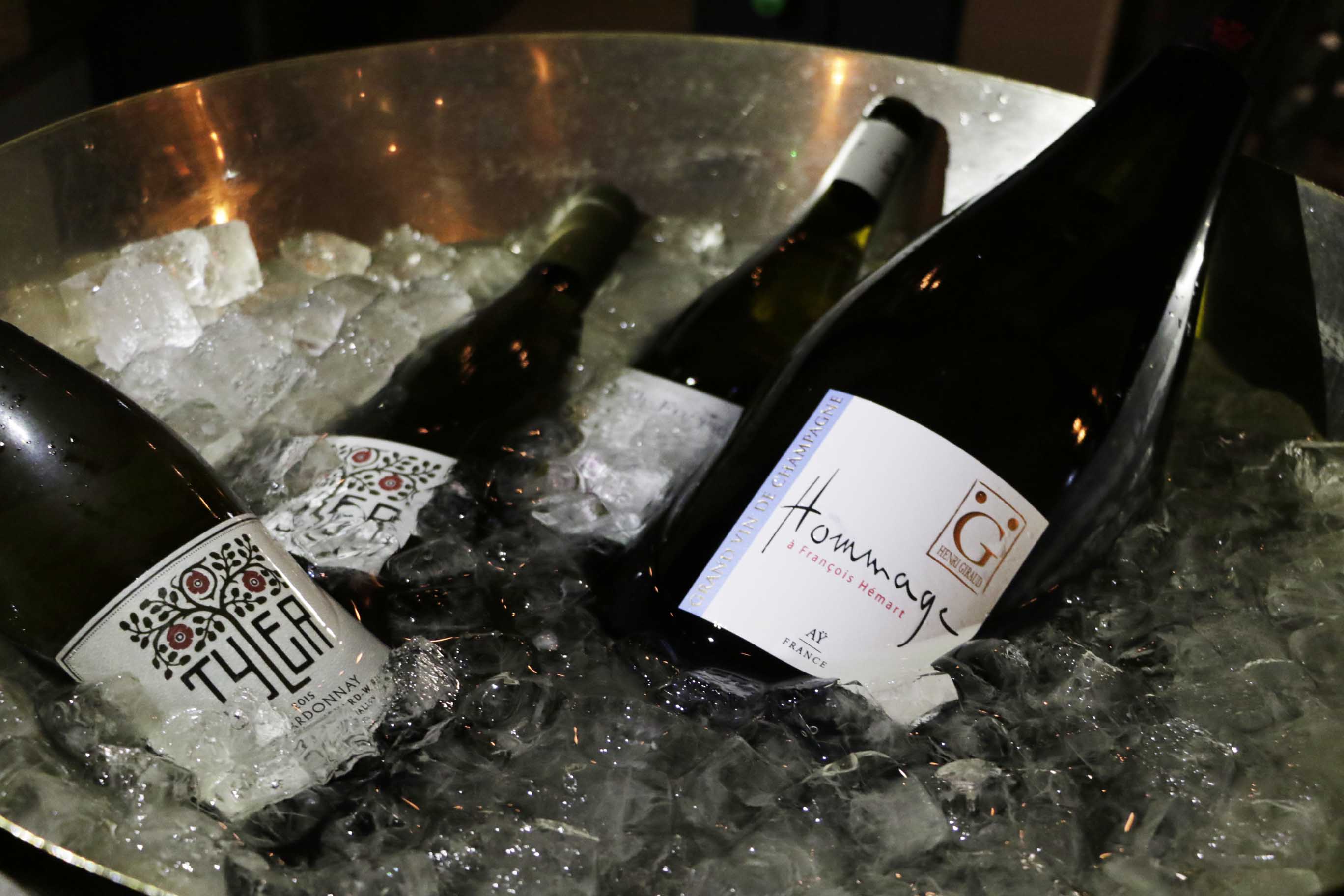 We offer a local service, globally, treating each client with personal care and unrivalled efficiency, thanks to our established, trusted networks. Wine Source supplies over 500 luxury restaurants and hotels worldwide featured in Michelin Guide, San Pellegrino Top Chefs, and Wine Spectator's Awarded Destinations; we have the broadest reach of any wine services company supplying the hotel and restaurant industry. Our aim is to build long-term relationships with every client, to truly understand their priorities and requirements.

“ Working at a 3 Michelin Star restaurant can be a lot of work. Guests who dine with us demand the best, and for the Beverage Director, that means sourcing the rarest and hard to find bottles. This can be an extremely time consuming task. Having a relationship with Wine Source means I simply explain to Brian Scott what I'm looking for and let him do the legwork for me, freeing me up to do all of the other things that need to be done. Wine Source is the very definition of Customer Service. ” David McGovern - Beverage Director, MASA/BAR MASA and KAPPO MASA, New York

“ Often in fine-dining, guest requests for high calibre wine can be unpredictable. The team at wine source work with pace and accuracy to ensure I can always meet my guests requirements, even if the time frame to deliver is incredibly small. This can only be managed by a deep commitment and strong connection to the on-trade industry. I trust in the quality and province of the wine I receive, and I appreciate that the team can tailor their approach to suit my needs. ” Christopher Bothwell - Head Sommelier, Alain Ducasse at The Dorchester

“ I personally refer to Wine Source as 'Google' - it is very simple and very similar with 2 principal functions: • Finding a Wine - Wine Source has an unlimited list, including rare back vintages. • Wish Lists - Make a list and Wine Source will source it for you, with more efficiently than Google actually. On top of this, the team has a lot of experience with sommeliers and can easily anticipate your needs without any of the annoying mistakes of the less experienced wine reps. ” David Varielle - Head Sommelier, Mandarin Oriental, London

“ I work with Wine Source because I have been working for almost 8 years with Mathieu as a client. His professionalism, honesty and the quality of service provided by the rest of the team is very high. The wines come from very serious sources and often directly from the Chåteaux, Domaines or Estates, which makes a big difference when buying old vintages of fine wines. Wine Source will always listen to your needs and provides a service that exceeds expectation. ” Guillaume Glipa - Director of Food & Beverage, Chiltern Firehouse

“ ’Fine and rare’ are always the most heavily traded wines... traceability and quality is the major concern when buying today. While working with Wine-source Group this past year, their team have always been able to advise and maintain a buyer’s needs with great efficiency… professionally. ” Kenneth Au Hon Mun - Chef Sommelier, Food & Beverage Operations, Resorts World Sentosa, Singapore

Seck Wee was first introduced to the joys of imbibing wine in his earlier days in university where the pursuits of higher knowledge led him to discover the giddy fruits of Dionysus. His career path definitely led him astray, towards related lifestyle business segments, including fashion publications, cosmetics, alcoholic beverages, retail department stores, consumer electronics, all of which accentuated his relationship with wine. Throughout his professional career history spanning over 3 ½ decades, Seck Wee held senior management roles building market leadership positions for many consumer & lifestyle brands in markets throughout Asia, including L’Oreal, Tiger Beer, Mattel Toys, Singapore Telecoms, & Eastman Kodak to name a few. As providence goes, Seck Wee first met Philippe Kalmbach, (Founder & CEO of Wine Source), over a decade ago one dark and cold night in Rochester NY, USA over dinner. These newly found MNC colleagues soon struck up a long standing relationship, which finally extended to Seck Wee helping to start-up the Wine Source offices in Singapore (mid 2012) and, Macau (mid 2013). When not working or drinking, whichever being the worse case, he chills out by falling back on his first love for classical music, plus watching movies & attending concerts. The occasional game of tennis still takes place, when timings permit and hitting partners are available.

She is the first French woman and one of only three female Master Sommeliers in the UK. She won best UK Sommelier of the year 2006, the same year she passed as Master. She is a member of the jury in UK Sommelier of the Year, which presents the opportunity to meet sommeliers from all restaurants in the UK. Her previous experience as sommelier includes Bernard Loiseau In Burgundy, Michel Gerard in the South West of France, both 3* Restaurants and Hotel du Vin in UK. She was also the on-trade account manager for the largest UK wine merchant Enotria.

Thomas has had an impressive history on the business front. He was the founder and CEO of Selective Origin in Paris. He was also CEO of M. Chapoutier in Australia. He was the MD of Vranken Estates, a subsidiary of Vranken-Pommery Monople in the UK, covering UK, Canada, and HK, and the executive vice president of Vranken-Pommery American.

After graduating, Lily spent time on the restaurant and events scene in Manchester learning the art of hospitality, before deciding to focus on fine wine and gaining her WSET qualifications. She moved to London to take her place in the world of fine wine retail before bringing her experience to the on trade team at Wine Source. In her own words she is a “lover... of all great food, great drinks and great people!"