Meeting Henri Boillot gives an insight into why his wines are so sought after. A highly intelligent, sophisticated winemaker of considerable charisma, he is not an everyday Burgundian, and his wines are similarly outstanding, compelling bottles that inspire devotion. We are absolutely delighted to be able to offer an allocation of them today.

The Boillots have been farming in Burgundy since 1885 and the Domaine now consists of 19 hectares split between red – a number of 1er Crus in Savigny, Beaune, and Volnay – and white, which includes the jewel in the crown: 3.92 hectares of the impressive and extremely rare monopole Puligny Montrachet Clos de la Mouchère.

After six years working alongside Henri, his son Guillaume has been in complete control of the reds since the 2013 vintage. His influence on the winemaking – including increased use of whole bunch fermentation – is in evidence in the beautiful finesse, grace and vivacity of the 2014 and 2015 vintages.

In the vineyard Henri and Guillaume farm sustainably, avoiding artificial pesticides and herbicides; they work hard to keep yields low, and pick relatively late to ensure peak ripeness of fruit. Fermentation and élevage of the whites takes place in 350l barrels – larger than the norm so that the purity and freshness of the fruit is unencumbered – with the reds being made in barrique. The wines are bottled unfined and unfiltered, following 18 months in barrel with no battonage or racking.

The sheer quality of Domaine Boillot wines, including the impressive and exclusive Les Mouchères monopole, is testimony to the assiduous work the Boillots do in both the vineyards and cellar.

These are incredibly special wines, of gorgeous intensity, purity and richness. We have been following them for some years and we are delighted to have an allocation to offer you today. 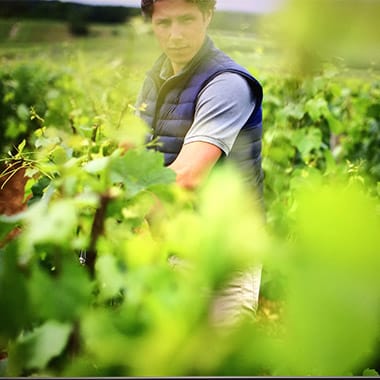