Monte Rosso is a volcanic cone 600m above sea level formed during one of the most impressive and extensive eruptions of Etna on 15th July 1329. Its name derives from the red colour of the soil. Today, the centuries-old ungrafted vineyards on the slopes and within the extinct crater are still planted to the “Alberello” (Bush) training system with the classic chestnut wood stake, the traditional practice of Etna. The South-East exposure makes this area particularly sunny and the typical lava stone terraces help to make the most of the special microclimate. The influence of the sea breeze, due to the proximity of the coast, together with the considerable rainfall (800 mm per year - October / March), the altitude and the volcanic soil, give to the wines an intense and unique character.

Monte Rosso has come back to life thanks to three friends sharing the same love for their native land - Aurelio Marconi, Giovanni Ferlito (Head Sommelier of The Ritz in London) and Gianluca Strano. From the vineyard terraces there is an incredible 360° view stretching from the Mediterranean Sea to the central crater of Etna and passing by the volcanic cones of South-East, proving what extreme viticulture is practised here. The philosophy behind the work in the vineyard is simple: return to the local winemaking traditions, respect nature and use sympathetic innovation. The Monte Rosso team have enabled the recovery of the vines on this ancient volcanic cone and today organic farming enables the wines to fully express the terroir of this one of a kind crater. They cultivate the indigenous Etna varieties Carricante and Nerello Mascalese, vinified using amphorae.

Distribution in UK, USA and France only 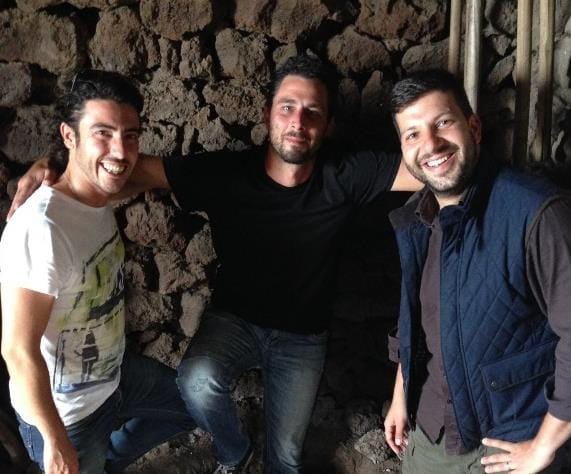