Château Palmer was given its name in 1814 by the English general, Charles Palmer. Château Palmer is the top estate of the Margaux appellation after Château Margaux. It is located in the centre of the Margaux appellation, and its vineyards (47% Cabernet Sauvignon, 47% Merlot - a higher percentage of merlot than its neighbours - and 6% Petit Verdot) lie on a plateau of Garonne gravel. Palmer is classified as a 3ème Cru Classé yet its track record places it higher than the second growth Margaux châteaux. It is now one of the most highly reputed estates in Bordeaux. Since the 1998 vintage, a new approach to selection and blending has yielded the supple and rounded Alter Ego, to be enjoyed earlier than the grand vin. Château Palmer prides itself on its careful work in its vineyards, is aiming to achieve full organic and biodynamic certification by 2017. 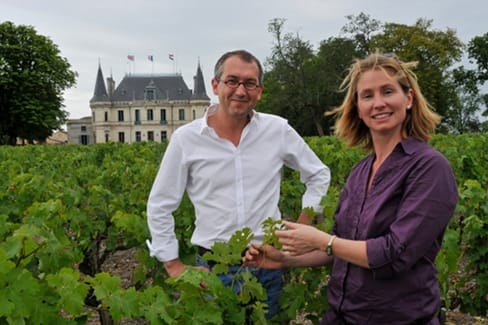