Family-owned Domaine Barmès-Buecher, is located in Wettolsheim, one of the largest towns in Alsace. It was created in 1985 by Geneviève Barmès (née Buecher) and François Barmès with vineyards which had been in their families since the 17th century. This energetic couple worked very hard to convert the Domaine's sixteen hectares to biodynamic farming; the domaine was finally certified in 1998. The goal is to simply encourage the vines to re-engage their natural state of being and to push each vine to recover its natural state of balance and harmony. Converting to biodynamics has made their vines more resistant. The sudden loss of François in 2011 pushed his children, Sophie and Maxime, to step up as key figures in the family business. Today, Genevieve, Sophie, and Maxime are determined to maintain the energy and balance acquired over the years by Domaine Barmès Buecher to continue to grow. 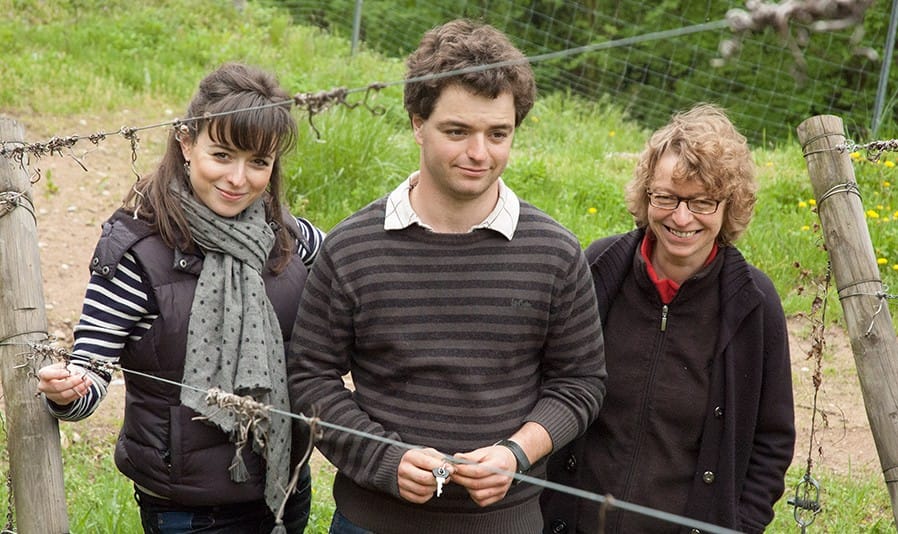