It was with absolute delight that Wine Source discovered Pascal Gitton and his stunning Sancerre domaine. With an average vine age of around 50 years, it is no surprise that these are some of the richest, most mineral Sauvignons we have tasted - especially the older vintages. Starting with a small plot in the 1940s the Gitton family discovered and pioneered single-site, terroir-focused Sancerres, planted on what became the famous ’Silex’ flint slopes. These sites have since become celebrated thanks to the likes of Francois Cotat and Didier Dagueneau. Indeed Dagueneau cited Gitton as his inspiration, with Pascal passing on his philosophy and knowledge to the famed producer in the early 1990s. Pascal has been occupied in recent years with various projects and to our amazement has a treasure trove of mature Sancerre in his cellars going back to the 1980s, in stunning condition. The most amazing thing about the discovery is that Pascal barely wants to charge more for his old bottles as his younger wines. He recently said: "Why should my Sancerre cost more than a Pessac Leognan Cru Classé; I am a Sancerre producer, I make wines that used to be sold in jugs!”. In all this is an incredible story, matched by sensational quality and we strongly urge anyone who enjoys serious white wine to sample these gems.

Distribution in USA only 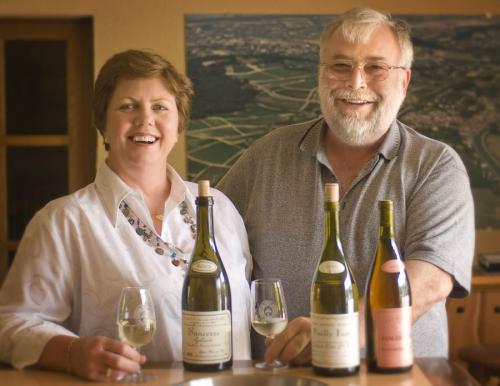