Étienne and Alix de Montille learned about viticulture from an early age. But Hubert never would have passed his children the baton without them first learning 'a real profession'. And, while the children followed in the family footsteps by orienting themselves towards legal careers, the inevitable return to the vine came quickly.

In 1983, after a year in the USA, Étienne started working at the domaine. He learned from his father and through his oenology studies until 1990, when he took over the vinifications. In 1995, he became co-manager and began to move the domaine towards organic farming. He also started to adapt the vinifications to his own way of thinking.

In 2001, he returned full-time to Burgundian soil to devote himself to the domaine and the Château de Puligny-Montrachet. He took full control and asserted his style and philosophy: biodynamic farming, whole cluster fermentation to add aromatics and silkier wines with less austerity. All the while, he remained true to the vision he learned by his father's side: authenticity, purity, elegance and balance.

In 2003, Alix also returned to her childhood love, Volnay. She and Étienne created 'Deux Montille Sœur-Frère', a negociant house devoted primarily to white wines. 'All our Sœur-Frère grapes are rigorously selected, harvested and vinified with the same know-how and philosophy as our domaine grapes,' explains Alix. Since 2006 she has taken over responsibility for the domaine's whites, notably the precious Puligny-Montrachet Cailleret Premier Cru and Corton-Charlemagne Grand Cru. With Étienne watching over the reds and Alix the whites, the family history will continue.

In 2003, Étienne began to enlarge the domaine with exceptional vineyards and then in 2005 brought back into the fold some Clos Vougeot from the Côte de Nuit and a parcel just next to la Tâche in Vosne-Romanée "Les Malconsorts"!

In 2011, the domaine counted 20 hectares of vines, of which 75% were Premiers or Grands Crus from both Côtes. 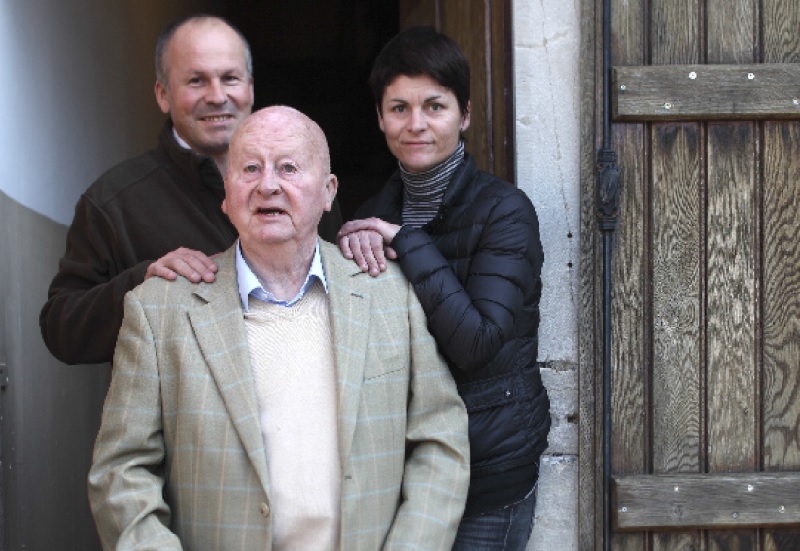